Press enter to begin your search
3

EMBRACE THE CLEAN AND BRIGHT ENERGY FUTURE WITH SOLAR

By admin | Uncategorized | No Comments

After many years of development and political debates about solar energy, the solar industry is finally approaching to stand on its own. Utility-scale solar power projects worldwide are beating fossil fuels on price without any subsidies; commercial, industrial, and residential projects are also approaching grid parity. 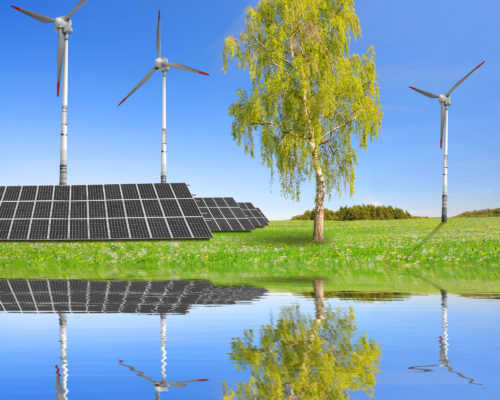 Solar energy is the most abundant energy on the planet. Solar energy hitting the earth every hour is enough to meet all of humanity’s energy needs for an entire year. If we could capture one hour’s worth of solar energy each year, we do not need any oil, coal, and natural gas. And the earth will become a lot cleaner and brighter.

Solar panel costs have fallen from $77 per watt in 1977 to the current price, an almost 100% reduction. Electricity generated at a utility-scale solar plant costs as little as 4.3 cents per kWh on an unsubsidized basis, less expensive than every option for new fossil-fuel power plants.

Solar power plants can last 40 years or more and require minimal maintenance. Solar panels come with 25+years of warranty. If needed can be easily replaced with new, more efficient modules at a relatively low cost.

Solar is the fastest energy source to deploy. No electricity source can be built or repaired as quickly as solar. No other power plants, fossil-fuel or any other renewable energy plants, could be constructed rapidly as solar plants.

Big utility-scale solar power plants built-in in remote areas get a lot of attention in the media. But the distributed rooftop solar is disrupting how we look at energy. Rooftop solar projects are spread all over the grid, from home rooftops to panels installed on your local big-box retailer. There is probably a solar panel system near you.

If you want to go solar, a rooftop system is the best choice for you. But even if you don’t own a home that is suitable for installing solar panels, you can get 100% of your electricity from solar energy from a growing number of places. Community solar projects allow ordinary consumers to invest in their solar projects and purchase their solar electricity through a power purchase agreement. Energy distributors give customers the option to source their electricity from wind or solar for an extra fee.

The bottom line is that solar is booming worldwide, and the trend shows no signs of slowing down. Every energy consumer should notice this change and embrace the emerging clean and bright energy future.